Change is inevitable in every aspect of our lives. In a business environment, change may not always be welcomed but it is inevitable, as we can see the share-market trend tends to fluctuate on a daily basis either because of a bull run or a bear run and hence we see a change in the economic patterns, but this isn’t new, because over the course of the 20th century, we have seen the world evolve from being an predominantly Agrarian Economy to an Industrial Economy and then to Knowledge based Economy aka Informational and Technology driven Economy.

Change may not always be welcomed but it is Inevitable

But again, these changes happened over a course of time that gave human race a lot of time & means to cope up and acclimatize themselves to the change in demand.

Which is why, today’s scenario is one of a kind because never ever in the history of mankind did people witness a Global Lock Down due a pandemic disease & this Covid’19 has forced us to be at a watershed moment, where we might see the global economy make its biggest transition but this time a forced one and it might be towards ‘ The Human Economy.’

Now, what do we mean by ‘The Human Economy’?

We are familiar with the fact that ‘Economies’ do get named after the work people predominantly do in that era; that can be evidently seen for ex. ‘The Industrial Economy’ replace ‘The Agrarian Economy’ and when that happened, we saw people leave their farms for factories; then came ‘The Knowledge Economy’ which again saw people move from factories to the office buildings.

But, in ‘The Human Economy’, the most valuable human resource would be the ones who could work efficiently from home and would indispensable to their organizations; such a resource will bring-in their work essential skill-sets, which won’t be agreed to working under one roof but their minds would be wired to work from a distance yet collaborate with other minds at homes across the globe.

During this sudden Transition Wave, only those companies or economies which would be able to leverage these strengths of the human resource & create a blueprint of where their current business is, along with an action plan of where it is heading, will be the driving force in their respective businesses and contribute to the growth in the economy of their respective nations. 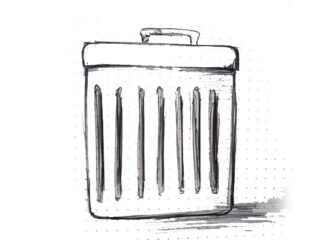